While the 2010 team had the unenviable task of following back-to-back state champions, having graduated some of the most highly decorated players in program history helped diffuse some of the pressure. After all, the 2010 team only featured two seniors in outside hitter, Kaley Kenyon and setter, Maggie Klipp. The two seniors would help lead a young but talented junior-heavy squad that was quite frankly, not suppose to be ready for primetime. Which is what makes the 2010 season so memorable.

The 2010 team turned out to be very good and probably the most underrated of all Knights teams as they would once again dominate the Cascade Conference with many new faces in new places. Junior Co-Captain McKenzie Daniels would make the position change from libero to setter. McKenzie Mitchell would step in at libero while Payton Young would join Kenyon on the left-side attack and junior Caitlin Fransen would take-over on the right side. The middles were the junior tandem of Joclyn Kirton and Morgen Gearhardt.

Much to everyone's delight and utter surprise the Knights would take Districts and Bi-Districts and return to Yakima for State as a contender once again. Resounding wins over Newport (3-0), Zillah (3-0) set-up a semi-final showdown with then District rival, Cedar Park Christian. Several Eagle players were very familiar to the Knights as many were club foes and/or teammates. The girls would need no motivation as the Knights looked every bit the team that had won consecutive state titles and might be on its way to a 3-peat as the Knights crushed Cedar Park 25-18, 25-12, 25-13 to advance again to the title match.

Unfortunately Chelan stood waiting and this time would not be denied, sweeping the Knights 3-0. While the state title eluded the 2010 team, the year was memorable and the girls left it all on the floor. Another high bar was set for this proud program. 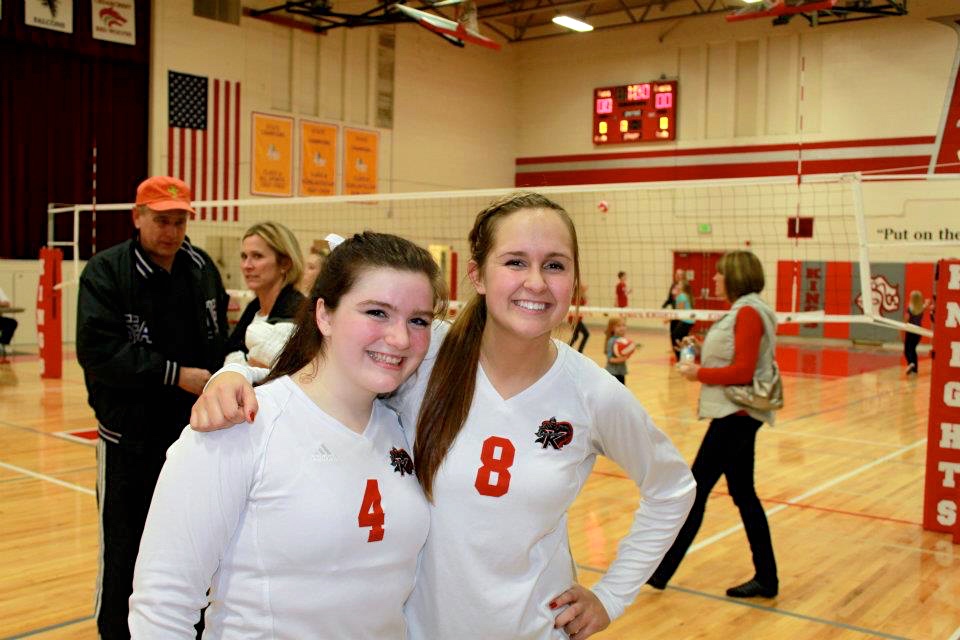